The family Lycaenidae consists of 12 species on the island of Crete, which are typically small to tiny in size. One of them, Kretania Psylorita (Cretan argus) is a rare endemic.

72 species of the family Lycaenidae have been observed to fly in Greece.

The Lycaenidae, the ‘blues’, ‘coppers’, ‘hairstreaks’, ‘metalmarks’, and related butterflies, are the most diverse family of Papilionoidea and comprise between 30 and 40% of all butterfly species (Conservation Biology of Lycaenidae, IUCN 1993). 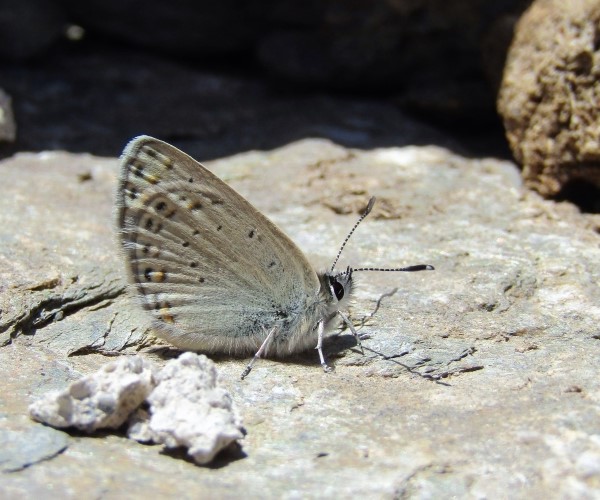 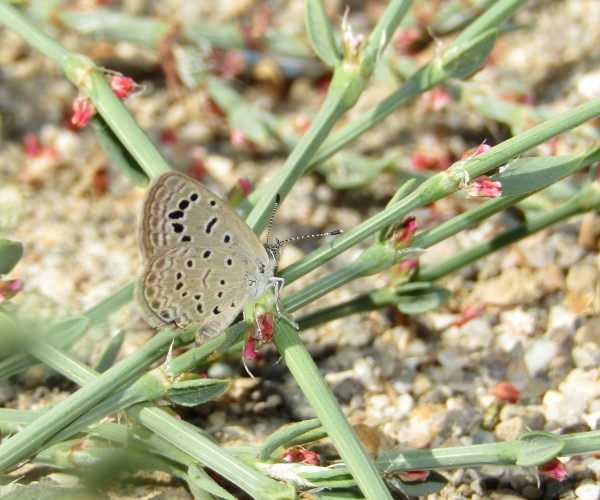 The adults are typically small to tiny and often brilliantly colored-iridescent blues, bright reds, and oranges. Some species have characteristic metallic colors due to the special construction of the scales. Male and female generally differ in color; usually blue for male and brown for female.

Most of the species have characteristic marks on the wings, looking like small eyes (ocelli), usually black surrounded by white. Some species have small tails on the hindwing.

The caterpillars of the species in this family look more like slugs than caterpillars. Larvae are often flattened rather than cylindrical, with glands that may produce secretions that attract ants.

This family has developed a close association with ants, a relationship called myrmecophily. Ants rub the larvae of some species with their antennae and this causes the larvae to secrete a sugary fluid that the ants eat and also protects the larvae from parasites.

Most adults visit flowers for nectar, but some harvesters feed on wooly aphid honeydew and some hairstreaks feed on aphid honeydew or bird droppings. They usually have a rapid fly low to the ground. 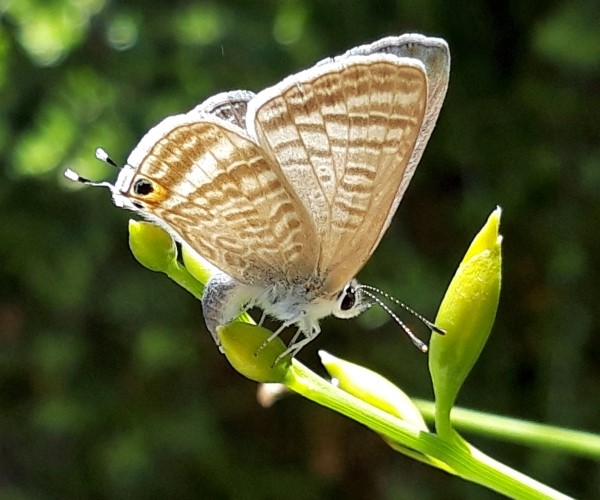 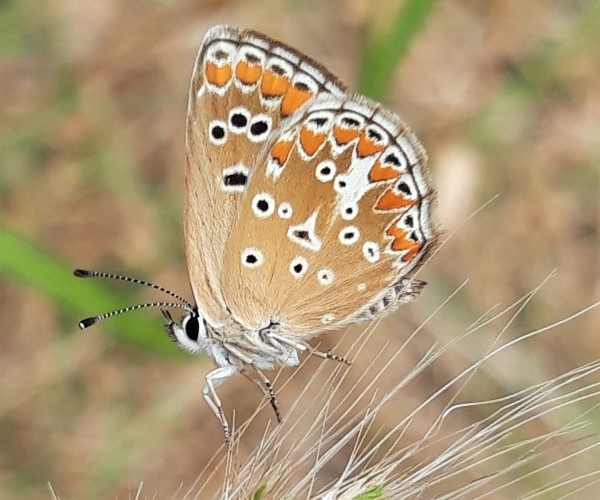 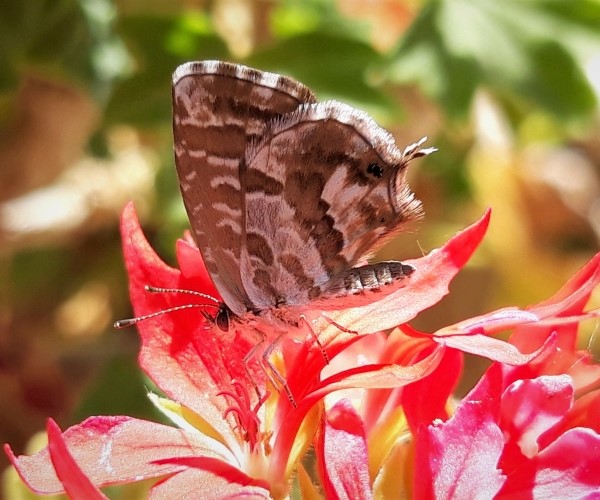 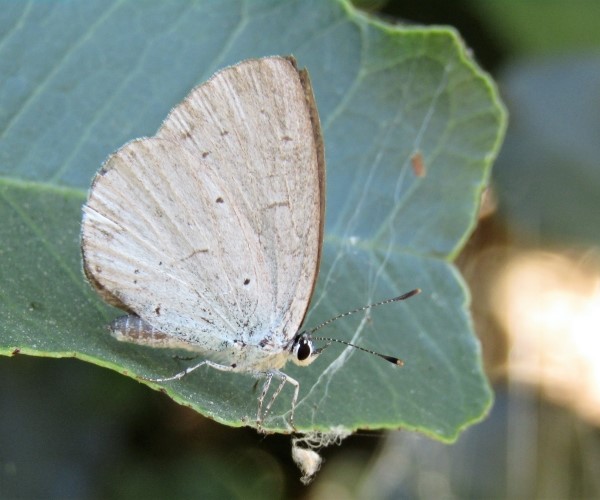 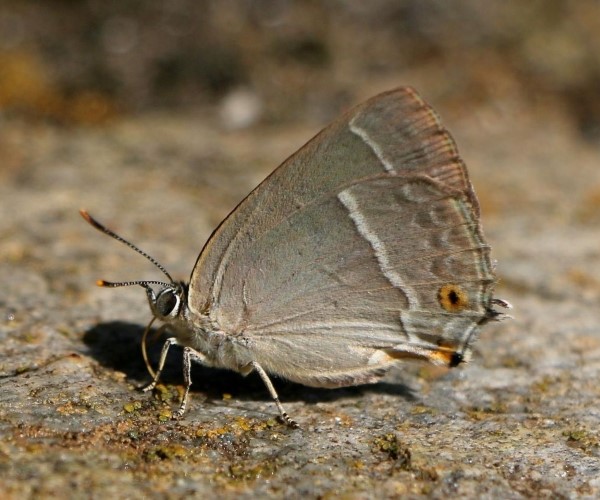 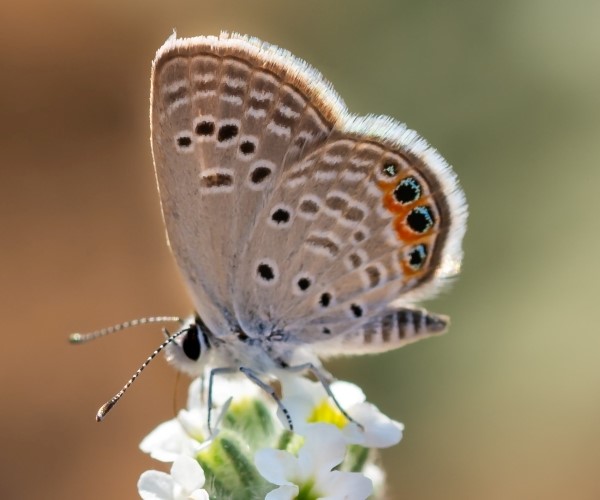 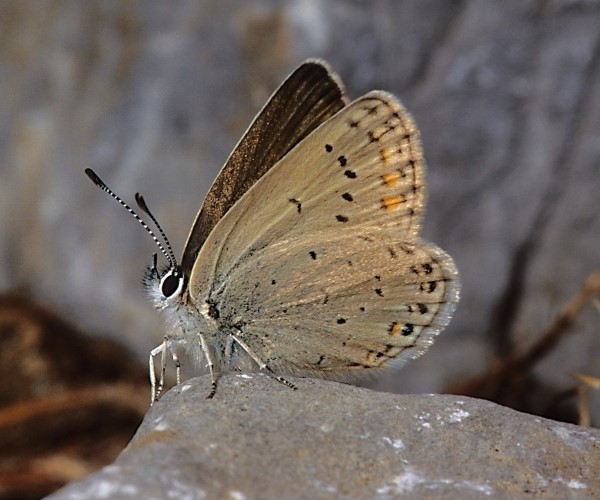 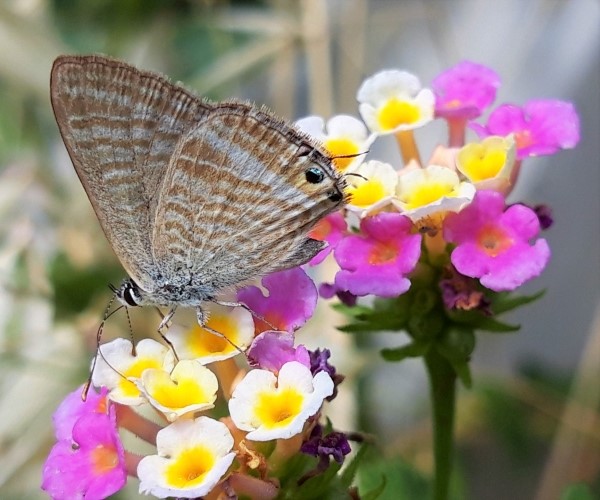 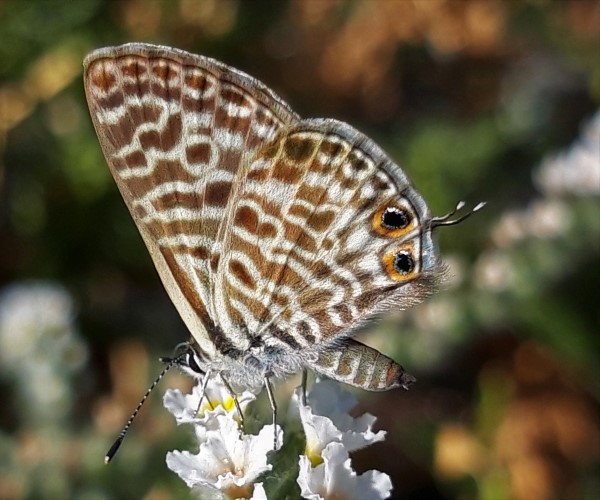 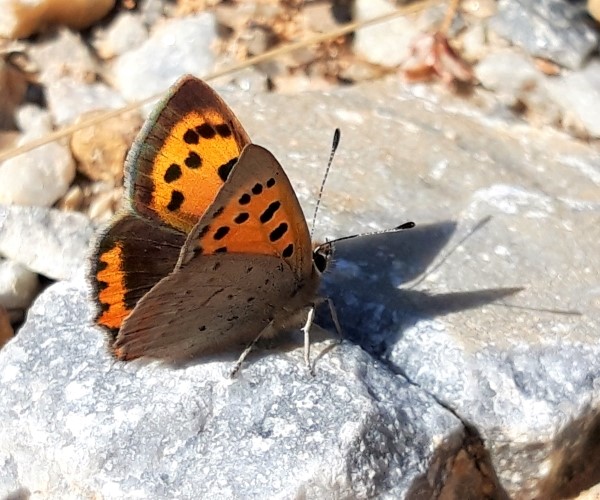 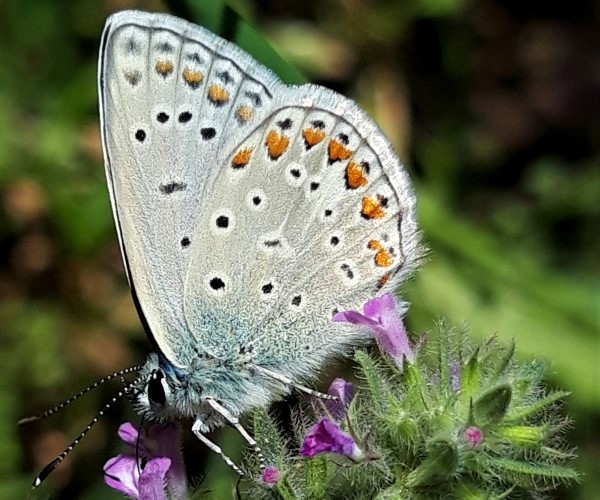 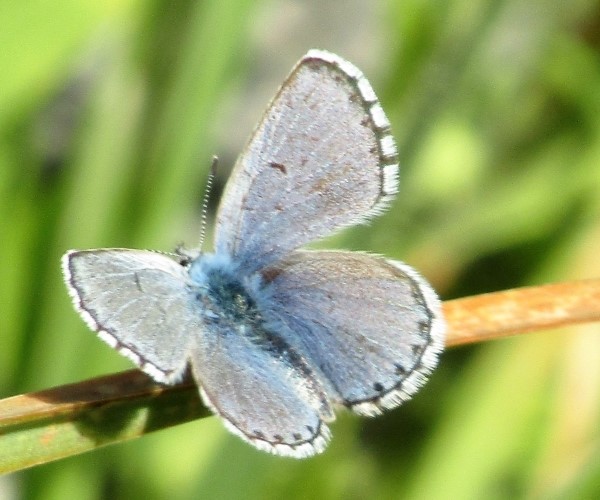 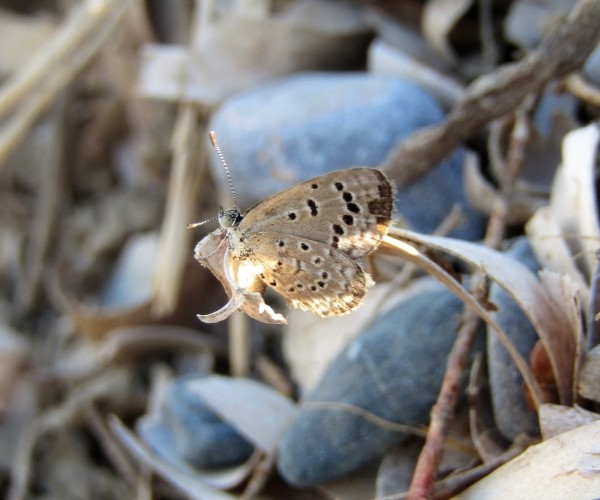