Thymelicus sylvestris is a butterfly of the family Hesperiidae on the island of Crete, Greece.

On the forewing, the upper side is light brown-orange and yellow shaded. There is a distinctive black marginal line, not entering the submarginal area.  The underside is very light yellow-orange colored with pale grey near the apex. A very thin line of androconia is also present.
On the hindwing, both sides are similar to the forewing, but lacking marks. The underside is light brown without any markings.
Generally, both sexes have a similar appearance, but there aren’t any grey shades on the underside of the hindwings. The antennae clubs are brown-colored underside.

It flies fast low to the ground and is strongly attracted to purple flowers such as thistles and knapweeds. The butterfly is active in the sunshine, it has a rapid buzzing flight, ‘skipping’ from flower to flower.

The larva feeds on Poaceae plants.

The butterfly flies in one generation per year.

Thymelicus sylvestris has a similar appearance to Thymelicus acteon, but it differs in being a lighter brown color. The female also lacks the pale gold discal patch on the forewing, which forms a gentle curve in the case of Thymelicus acteon. 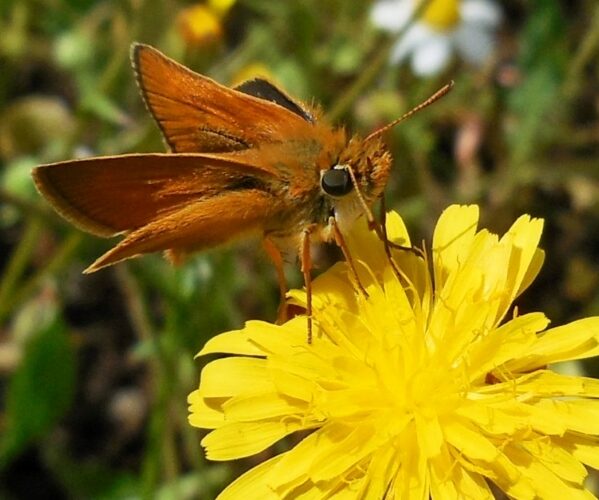 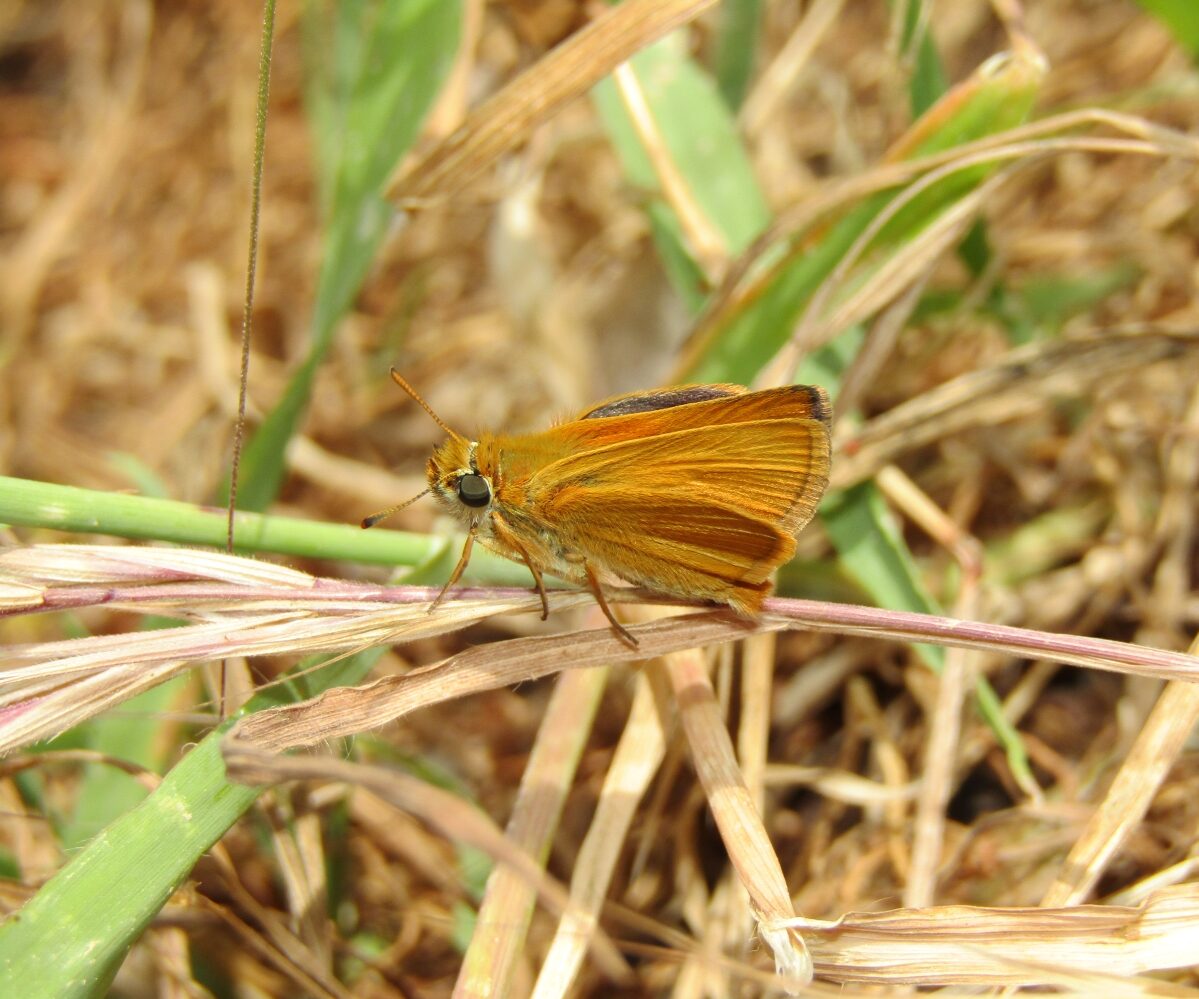 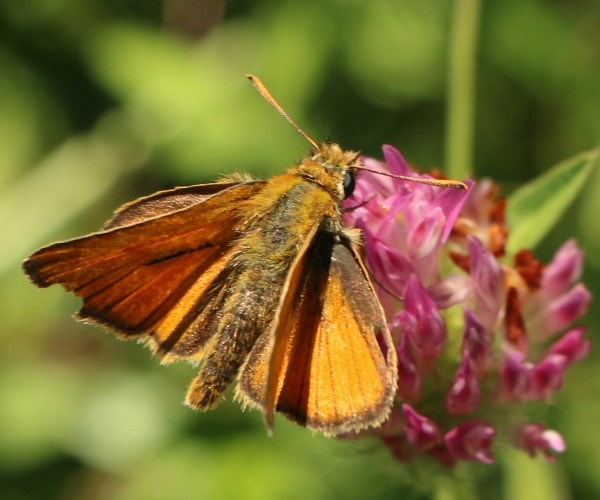 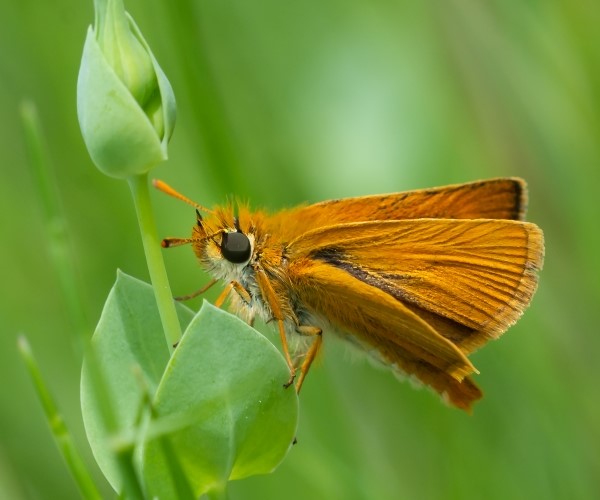 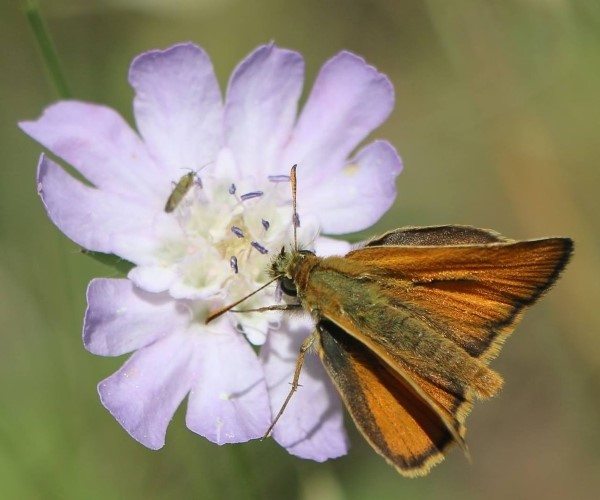 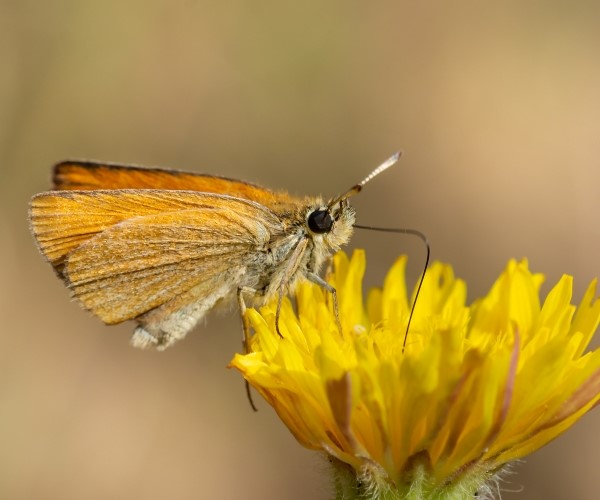 Other Hesperiidae Species in Crete 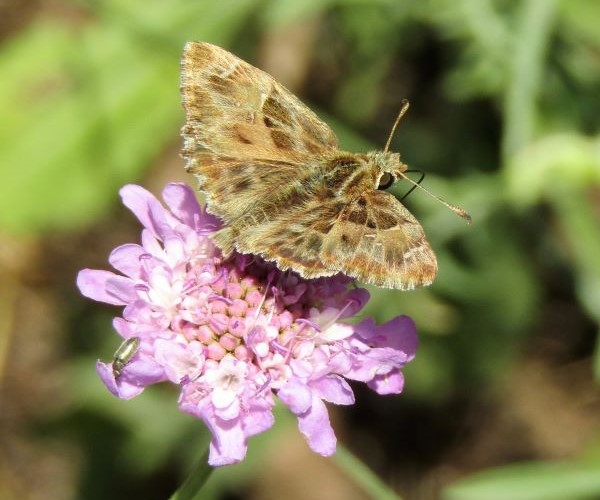 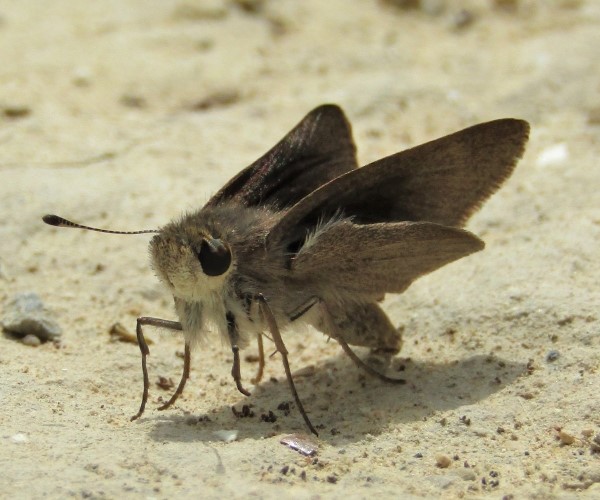 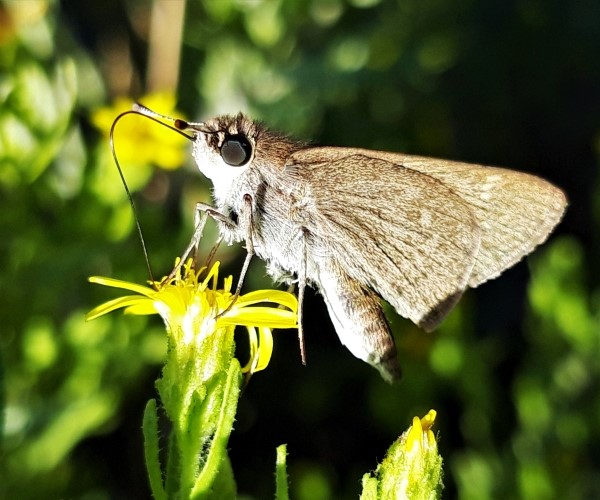 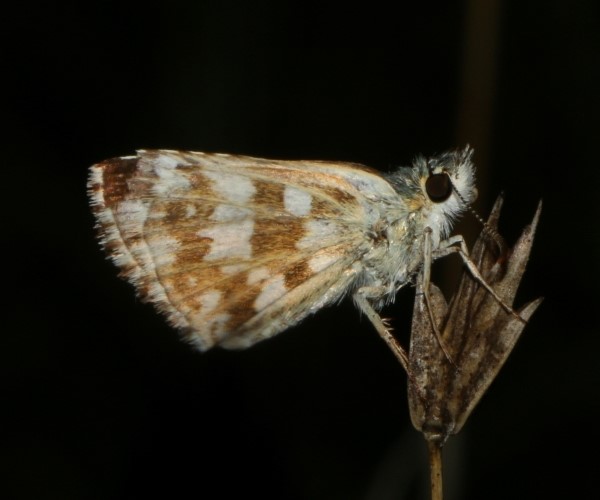 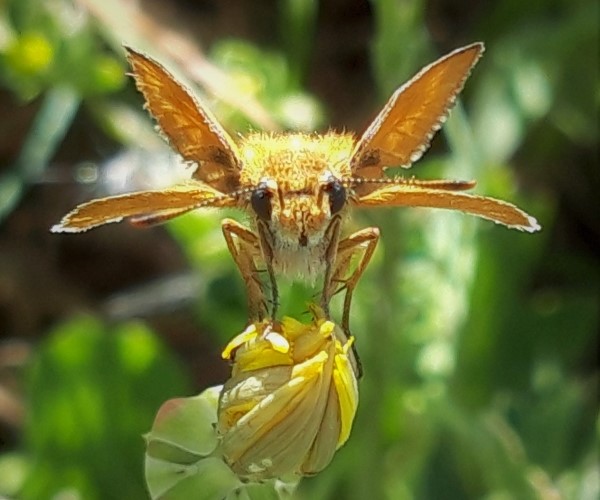