The family Gracillariidae (Leaf Blotch Miner Moths) is an important family of moths and the principal family that includes several economic, horticultural, or recently invasive pest species. They occur in all terrestrial regions of the world except Antarctica.

These generally small (wingspan 4–20 mm) moths are leaf miners as caterpillars, which can provide a useful means of identification, especially if the hostplant is known. Many host plants are known, generally dicotyledonous trees or shrubs. They are usually colorful, with long fringes on the forewing and hindwing. These moths have long antennae and lancelike wings. 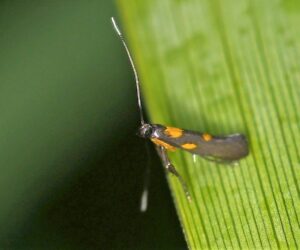 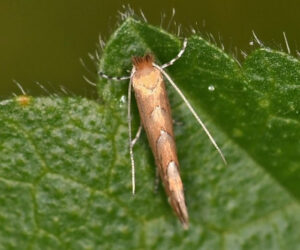