The family Lasiocampidae (Eggars or Snout moths) is a family of medium-sized moths with over 2,000 species occur worldwide.

Their common name “snout moths" derives from the unique protruding mouthparts of some species which resemble a large nose. They are also called “lappet moths" due to the decorative skin flaps found on the caterpillar’s prolegs. The name “eggars" comes from the neat egg-shaped cocoons of some species. The scientific name is from the Greek lasio (wooly) and campa (caterpillar).

Their hairy bodies usually exceed hindwing in length. The general color of these moths is predominately brown. In both sexes, the antennae are bipectinate to the tips. When resting, these moths hold their wings like a roof over their bodies. The mouth parts are only partially developed, and therefore do not feed in the adult stage.

The larvae are colorful, rather attractive, generally densely hairy and heavy-bodied, often conspicuous, feeding mostly on the leaves of trees and shrubs. Most have skin flaps on their prolegs and a pair of dorsal glands on their abdomens. Some species are serious pests in forests and shade trees. Larvae of some species build webs (or “tents") in trees for protection from predators, leaving these webs to feed on the foliage of the host tree, and other deciduous trees and shrubs.

Moths of this family pupate in a cocoon. Silk from some species has been used for cloth, but it is carded and spun.

The following species are representative species of the Lasiocampidae moths that have been photographed on the island of Crete. You can obtain more information about each species, by selecting the relative species icon. The list of Lasiocampidae species is nondefinitive. 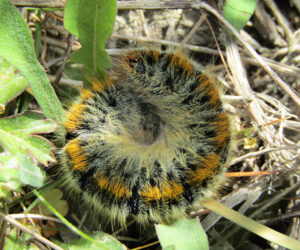 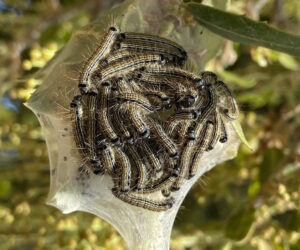 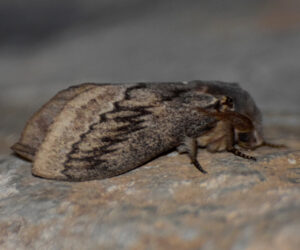