The family Lecithoceridae (Long-horned moths) is a family of small moths found throughout the world but the great majority are found in the Indomalayan realm and the southern part of the Palaearctic realm.

It is a poorly known group of microlepidoptera because the taxonomic study for the family has been ignored and neglected due to less or no economic importance. The larvae usually feed on nonliving material and organisms. The total species estimated from the family could be over at least 3-4 times the present known species number because most of the subtropical and tropical areas including Southern Asia and Africa have not been explored.

Adult moths are normally nocturnal although some of the brightly colored species may be diurnal. The major diagnostic character of the family is the longer antenna than the forewing but is not consistent. 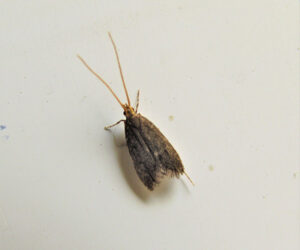