The family Sesiidae (Clearwing moths, Sesiid Moths) is a diurnal or crepuscular moth family and consists of 165 genera spread over two subfamilies, containing in total 1525 species and 49 subspecies. Most of them occur in the tropics, though there are many species in the Holarctic region as well, including over a hundred species known to occur in Europe. Because of the elusive nature and habits of this family, it is difficult to establish their true distribution.

They are known for their Batesian mimicry in both appearance and behavior of various Hymenoptera. These rather unusual day-flying moths are mimetic resembling hymenopteran wasps or bees and are frequently of identifiable species. Adults are diurnally active.

The larvae of the Sesiidae typically bore in wood or burrow in plant roots. Many species are serious pests of fruit-tree or timber cultivation or crop plants. Larval development lasts 1–4 years, pupal stage 10–20 days. Successive generations of adults will use the same trees year after year.

The following species are representative species of the Sesiidae moths that have been photographed on the island of Crete. You can obtain more information about each species, by selecting the relative species icon. The list of Sesiidae species is nondefinitive. 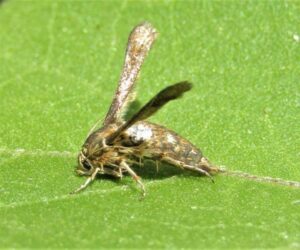 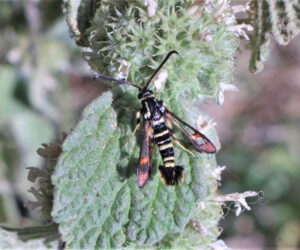