The family Cossidae (Cossid millers or Carpenter millers or Goat moths) constitute a family of moths with mostly large moths. Nowadays, there are more than 110 genera with nearly 700 known species. The Cossidae are nocturnal moths with a global distribution except in South-East Asia.

Most of the Cossidae moths are large-sized (wingspan 9–24 cm). They have mostly grayish colors and some have long, narrow wings, resembling Sphingidae. Many are twig, bark, or leaf mimics. Some of them are pests, i.e. Zeuzera pyrina, (Leopard moth) which is considered a pest by fruit growers. Females are often much larger than males.

Eggs are usually laid in crevices or under the bark with an extensible ovipositor and may be produced in vast numbers. Caterpillars are smooth and a little hairy.  Most of the caterpillars of the Cossidae are Xylophagous tunneling inside trees; in some species, it takes up to four years to mature. Caterpillars pupate in their tunnels and often have an unpleasant smell.

The following species are representative species of the Cossidae moths that have been photographed on the island of Crete. You can obtain more information about each species, by selecting the relative species icon. The list of Cossidae species is nondefinitive. 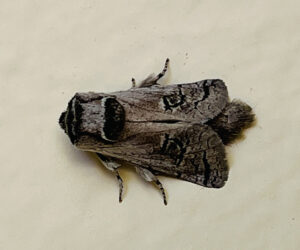 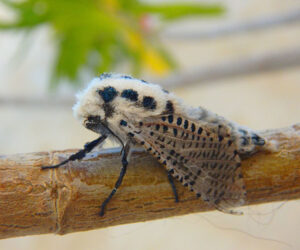